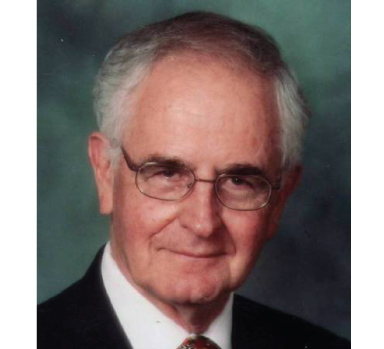 Dr. Jeran earned his bachelor’s degree in 1955 from Upland College, Upland, California, received his masters degree from Drake University, Des Moines, Iowa in 1959 and completed his Doctorate of Education in 1973 from The University of Nebraska.

While at Taylor University, Dan was instrumental in organizing the Christian College Teacher Education Coordinating Council for the purpose of providing cross cultural training for those students who have selected an overseas student teaching placement.
Wherever Dan lived, he became active in his church serving in many capacities. He was a man who loved children and often stated, “I was born to be a grandfather.” Daniel loved his family, loved any child he saw, and was a true follower of Jesus Christ. With all his achievements his biggest accomplishment was raising good sons and daughter.

In addition to his parents he was preceded in death by one sister, Edith Sisson.

Dan and Miriam volunteered at Children of Promise, particularly in the area of reading letters from children to their sponsors. They enjoyed getting to know the staff and praying for the staff, directors and their countries.